Throughout Australia, birds are often considered the most accessible wildlife. We see them every day – it’s difficult to look outside without a glimpse of one entering our line of sight. And yet, many of us can’t tell a little raven from a pied currawong; a crimson rosella from a king parrot; a galah from a little corella. These animals share their lives with us through their fascinating behaviours, and they also share their habitats. As much as it may seem like they live amongst us, ‘scavenging’ for food or ‘attacking’ our gardens (and sometimes our heads), it more often than not appears to be us living amongst them. We disturb them during their nesting seasons, we deprive them of certain habitats because of our own needs, and we hit them with our cars when they’re just trying to go about their daily business. Birds are (for now) here to stay, but many Australians take their diversity and unique behaviours for granted because they are such a common sight. 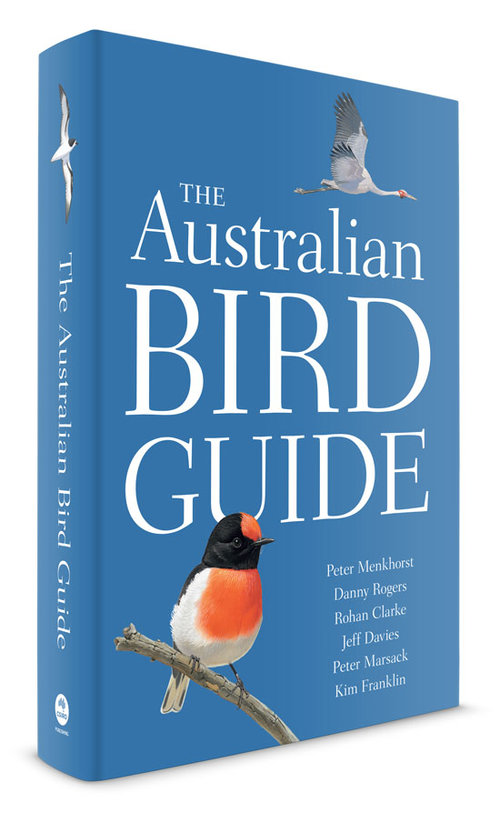 Ecologist Peter Menkhorst is the lead author of The Australian Bird Guide (ABG), and he sees Melbourne as an incredible place to birdwatch, doubting that ‘there is another city anywhere in which you can see six species of cockatoo, plus four species of lorikeet and five species of parrot.’ Melburnians are also lucky to have ‘many fantastic wetlands that support species that were rarities 20 to 30 years ago, including blue-billed duck, buff-banded rail and spotless crake,’ he says. So it is no wonder that, along with co-authors Danny Rogers and Rohan Clarke, plus artists Jeff Davies, Peter Marsack and Kim Franklin, Peter was keen to produce a new field guide to Australian birds that covered all the bases – so that expert and amateur birders alike could learn more about our unique species.

Soon to be released by CSIRO Publishing in May this year, ABG is certain to be a huge step forward for Australian birding. However, there were plenty of challenges to overcome before publication went ahead: whether to include birds found in all of Australia’s political dependencies, which species were actually known or likely to occur within certain regions and, perhaps one of the most important questions, ‘what taxonomy would we follow?’ All these and more were queries that involved huge amounts of research and staying up-to-date with the latest findings as new studies were released.

For those familiar with the classic Australian bird guides – Morcombe, Simpson and Day, Pizzey and Knight – you will not be surprised to see the same format continued in ABG. Peter explains that they ‘all agreed from the beginning that we wanted to follow the ideal field guide layout of having all the information for a species – illustration, text and distribution map – together on a two-page spread.’ Nevertheless, such a format is in fact incredibly restrictive when it comes to how much information can be provided on each species. 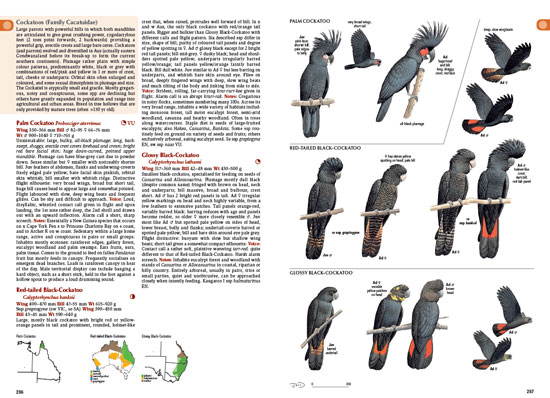 For Peter and the team, it was critical to get the layout of the guide right from the beginning, as such formatting can't be easily changed further down the line. This meant that it wasn’t until two years after the initial planning stages that the guide finally began. Peter explains that ‘there were something like 60 additional species added through the course of this project’, which meant that some changes definitely had to be made. Every author had their own challenges as well, Peter in particular finding the wagtails the most difficult to write on; he ‘had a lot to learn’, he tells me, ‘with much of that learning…done overseas, in Hong Kong, Britain and Europe.’

Research was perhaps made easier by the fact that Peter and his co-authors had been collecting material for ‘most of [their] lives’. Peter tells me that everyone ‘contributed digital photos from a wide range of sources, including our own images taken especially for the project.’ They now ‘have a digital image database of over 500,000 images of Australian birds’ – an incredible collection that will no doubt remain useful for birders and ornithologists far into the future.

As you can probably tell, this guide has been a long time coming, and the results certainly do not disappoint. The level of detail included in each species account and the magnificent illustrations produced by the artists lend this publication a superior edge that previous guides do not possess. Peter explains how ‘birding has changed enormously in the 21st Century. In particular, the improvements in optics and their affordability, combined with the arrival of autofocus lenses and digital photography, means that people are scrutinising birds in much greater detail. The birding challenge now is to do more than ID the species, people want to know subspecies, sex, age, moult stage, and they are tackling the more difficult groups such as seabirds, shorebirds and vagrant passerines.’ Whilst he and his co-authors hold the existing guides in great esteem, Peter acknowledges that they ‘were not really meeting this new standard [and that] there was a need for a new guide that catered better for the new breed of international birder.’ 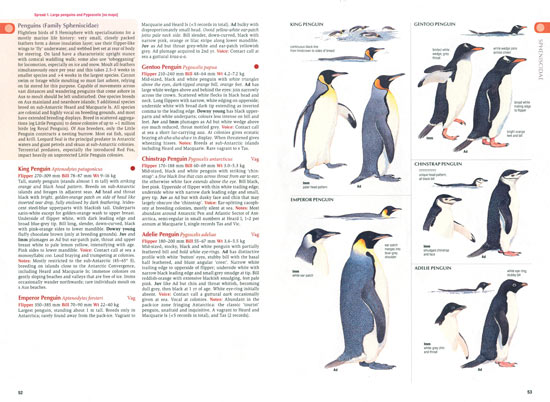 ABG also emphasises what Peter describes as ‘the value of understanding patterns of feather moult and feather wear and the effect they can have on the appearance of some species.’ The team put a huge amount of effort into the introductory material in which this is discussed, so he encourages birders to read it rather than skip straight to the species accounts. The distribution maps are also works of art in themselves. Created by Glenn Ehmke using a huge database put together by BirdLife Australia, they are designed to reflect both population density and distribution, including subspecies distribution; they are not basic by any means.

So why should every birder buy ABG? Apart from it being the most comprehensive and up-to-date field guide to Australian birds in existence, Peter hopes that people will also take pleasure in the book ‘for its own sake’. It is a stunning publication and deserves the attention of book as well as bird lovers.

Finally, I asked Peter what advice he had for budding birders (such as myself). He suggests ‘to pay attention to the bird’s physical structure – size, shape, proportions, bill – as well as the colour pattern. Many birders are too focused on colour patterns but these can vary across a species range and even within an individual bird over time. Look at the bigger picture first before concentrating on the detail.’ The fastest way to learn is to tag along with knowledgeable people, so joining BirdLife Australia and participating in their outings is always a good idea.

And, as Peter did with Cayley’s What Birds is That? when he was a boy, sit in bed and browse through the field guide ‘to gain an understanding of the breadth of the bird fauna in your area so you have a good idea of what the possibilities are before you head out.’ Maybe this way more of us will be able to tell the galahs from the corellas next time we walk our wild streets.

Follow this link to purchase your copy of The Australian Bird Guide.

This interview was co-published on Andrew Isles and Wild Melbourne.