Melbourne restrictions have been lifted and our shop is  NOW OPEN to visitors. 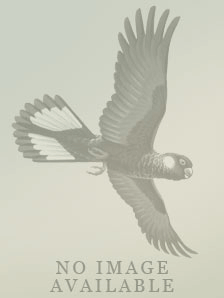 Second edition, first published in parts between 1776 and 1780. The exquisite plates depict over 500 individual insects. Harris was the "first to draw attention to the importance of wing neuration in the classification of lepidoptera and upon this principle he arranged the species in his published works, illustrating them in color to a high degree of accuracy" (Lisney 242). An accurate artist, "who drew, engraved, and coloured all his own works; he was also a miniature painter of some renown. Proposals (1758) for the publication of his magnum opus, The Aurelian, or, Natural History of English Insects, included various addresses in London for the receipt of subscriptions, but his residence at that time is unrecorded; however, in 1768 he was known to be living in Deptford, near Greenwich. He moved shortly afterwards to Crayford, Kent, to the irritation of his patron and fellow entomologist Dru Drury, who in 1770 pleaded with him to move closer to London. Publication of The Aurelian commenced in December 1758. Finally completed in 1766, it was issued in parts, of which only parts 1 to 4 have been separately located. There were forty-one plates, and four more (the 'Supplement') were added in the second issue (ca. 1773). Later editions, with issues of various dates and contents, were dated 1778, 1794, and 1840 (ed. J. O. Westwood). In 1986 the first edition was reproduced with a new introduction and commentaries. "Contemporary with production of The Aurelian Harris published the pioneering Natural System of Colours (1766), which Thomas Martyn edited in 1811; a facsimile of the extremely rare original edition was published in America in 1963. A scarce and scientifically important treatise followed (c. 1767), entitled An Essay Precedeing a Supplement to The Aurelian: it established a classification of Lepidoptera based on wing venation and included eight coloured engraved plates. This was incorporated in Exposition of English Insects (dated 1776, but not published until 1780), considered by many Harris's principal scientific work. It was of particular value to dipterists, and notable also for the author's self-portrait at the age of forty-nine (dated 1780). There was also an issue of 1781, a second edition in 1782, and finally an issue of 1786 (Robert Mays for DNB). Nissen ZBI 1838.